Austria annexed Trieste in 1382 and did not relinquish the city to Italy until after World War I. However, the city has been able to remain culturally Italian since this time. Jews may have lived in Trieste as early as the 11th century and certainly from the 14th, although the kehillah was not formally organized until 1746. In the interest of the maximal development of the port, the monarchy in Trieste was lax of its customary Jewish repression. This was in part due to the fact that Jews were presumed to promote the port’s trade and growth potential.

Lacking synagogue and legal recognition, the small Ashkenazic Jewish community held services in a private home from the 15th century onwards. When Vienna decreed a ghetto in 1693, 60 Jews in a city of 3,000 bravely protested the ghetto location and held out until 1696, when they reluctantly gave up the struggle under heavy pressure and moved to the assigned ghetto houses. Wealthier Jews spilled out of the ghetto even before it was abolished by decree in 1764. After the ghetto gates came down in 1785, the Jewish population spread throughout the city and had grown rapidly to 2,000 by 1811.

One of Jewish Trieste’s most illustrious sons, Rabbi Professor Samuel David Luzzatto, (1800-1865) known as the Shadal, was a philosopher, poet, Bible scholar and translator. He directed the newly established rabbinical seminary, Collegio Rabbinico in Padua. His scholarship combined the deep erudition of the medieval rabbis with the newer trends in Judaic scholarship emanating from the enlightened Haskalah circles of northern Europe. He was a master of Hebrew philology and translated the Bible into Italian. His literary circle included Hebrew poets, such as his cousin Rachel Morpurgo – whose sonnets, elegies and wedding poems in the style of the Spanish Hebrew religious poets and the Italian Renaissance related mostly to family and biographical incidents.

A scion of the prominent Levy family of Trieste, the late Dr. Paolo Colbi, of Jerusalem, was a lawyer, historian and scholar; as well as the Advisor on Christianity to the minister of religious affairs in Israel for many years. Among other publications, he portrayed episodes of his family’s social, cultural and vocational history. For example, in 1684, Giacomo, son of Samuele Levi, earned a doctorate in philosophy and medicine from the University of Padua. The parchment Imperial Diploma is profusely illuminated with floral and symbolic motifs. Giacomo married his cousin Esmerelda. Their ornate Ketubbah and his diploma are both preserved in the Umberto Nahon Museum of Italian Jewish Art, in Jerusalem.

Although most Trieste Jews were not of Italian origin, they rallied to the unification of Italy. The peace settlement brought Trieste into the Kingdom of Italy in 1919. Immigration swelled Jewish numbers to 6,000; Jews were prominent in the city’s economy and assimilation spread unchecked. In 1910, the affluent Trieste kehillah approved the construction of the Grande Synagoga. Designed by the architect brothers, Ruggero and Arduino Berlam, its blueprint followed the trend of other central European communities in a style reminiscent of Middle Eastern buildings, ancient and modern.

In reaction to scholastic and professional discrimination enacted in 1938, the kehillah opened a private secondary school, which operated until 1943, when the Germans took direct control of the city. The Nazi threat encouraged those with the means to try to escape. By 1940, half of the city’s Jews had fled the city, although some chose to convert. Italian Fascists desecrated the synagogue in 1942.

When the Allies liberated Italy in 1944, soldiers of the Jewish Brigade from Palestine serving under the British flag were among the first of the allied forces to liberate Jewish communities and to reopen synagogues. About 1,500 Trieste Jews survived in the city. After the liberation, they restored the Grande Synagoga and renewed Jewish communal institutions.

Trieste was one of the major European ports of embarkation in the mass emigration to the Americas in the last part of the 19th century. With the approach of the Second World War, it was the Gateway to Zion, an emergency exit for Jews leaving Europe for Israel. Two ships operated on the Trieste-Haifa route. The Jewish captain, Umberto Steindler of the Gerusalemme boasted over one hundred trips to Palestine between the world wars. After being turned back to its homeport because of the outbreak of war, the Gerusalemme weighed anchor once again on September 1, 1939, and arrived in Haifa with 600 Jewish immigrants, including Dr. Paolo Colbi on board.

Condensed by Hilary Toren, Moshe Levinson and Bryna Rothenberg from Synagogues Without Jews. 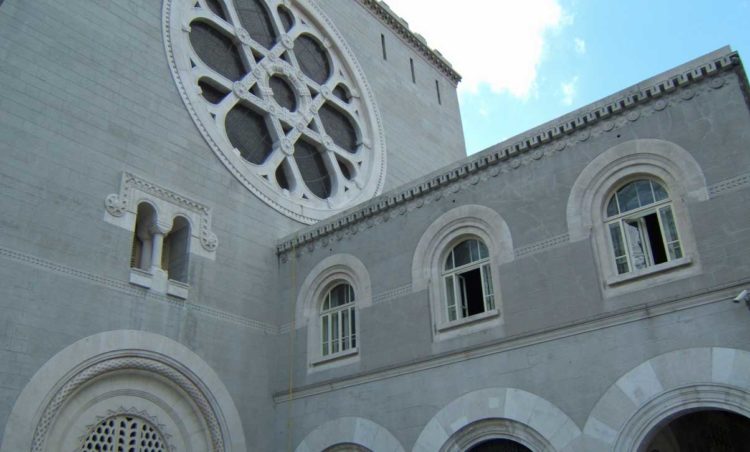 The first written mention of a Jewish presence in Trieste is in the 14th century. After this tiny village came under Austrian protection in 1382, German Jews settled there, engaging in moneylending, banking and trade. In 1697, Trieste’s 60 Jews were forced to live in a ghetto. To create a mercantile empire, the Hapsburg rulers […] 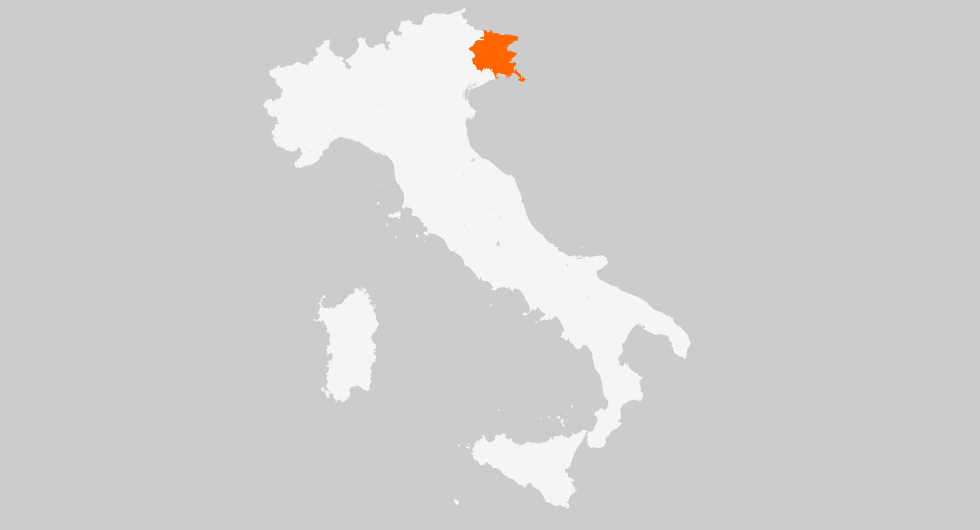