Parma is an Italian city, formerly capital of the duchy of the same name; the seat of an ancient Jewish community. When the plague devastated Italy in 1348, many of the Jews of Parma fell victim to the fury of the populace, which regarded them as the cause of the pestilence. In the fifteenth century, several Jewish physicians of note resided in Parma; among these were Elijah (1440), the physician to the Duke of Parma and formerly a lecturer in the schools of Pavia; Giacobbe (1453), perhaps the Giacobbe who in 1467 cured Ercole I. of Este; Abramo (or Abraham) di Mosé of Prato (1480).

When the general council of the people agreed upon the surrender of the city to Francesco Sforza (Feb. 14, 1449), one of the conditions of surrender was that the duke should maintain intact the existing rights and privileges of the Jews of Parma and should extend the same to the persons and property of all Jews taking up their residence there. In the second half of the fifteenth century, the Jews of Parma, then very numerous, obtained permission from the city council to establish pawnbrokers’ offices for the loan of money on pledges; in this instance, as in many others, they received the support and protection of the city of Parma and also of the dukes, their wealth and industry rendering them a useful if not an indispensable element of the population.

The favor which the Jews enjoyed, however, soon drew down upon them the ill-will of the people, which the clergy constantly excited afresh. Pope Martin V, having received complaints from the Jews of every part of Italy of the ill treatment to which they were subjected, appointed Bernardo of Spoleto to investigate matters, and authorized him to publish a decree of excommunication against any one guilty of further molestation of the Jews.

This decree was presented by a Jew, Isacco Galli, to the bishop-coadjutor of Parma, who was authorized to promulgate and enforce it in his diocese (March 7, 1464). Shortly after, on July 12, 1466, Galeazzo Maria Sforza gave orders to his commissary and lieutenant, Guido Visconti, to favor the Jews as far as was compatible with justice and to secure the preservation of the privileges of religious worship already granted them. Galeazzo also released the Jews from the obligation of wearing the yellow badge, in the form of a wheel, imposed upon them by the “maestro i dell entrate” in 1473. In a letter dated Pavia, June 19, 1475, Galeazzo commands Visconti to forbid the clergy in their sermons to excite the populace against the Jews, and to protect them against any one who attempted to injure them. In Parma, there was preaching at that time by Fra Bernardino da Feltre, a bitter enemy of the Jews, who had caused the expulsion from the city of some Jewish women who gave lessons in dancing to the noble ladies of Parma.

In 1476, Galeazzo Sforza, at the urgent petition of the Jews, conceded to the latter the right of jurisdiction over their own people in their disputes with the Christians and entrusted them to his referendary. When Gian Galeazzo Sforza allowed them, in 1481, to make loans for shorter periods than terms of nine years each, the elders of the city secured the annulment of his decree, and the general council of the city gave the Jews permission to lend for short periods at the interest rate of 6 denarii per lira. When the monte di pietà was established in Parma in 1488, through the efforts of Fra Bernardinus, the condition of the Jews became very much worse. Misfortune so pressed upon them that by degrees they withdrew from the city and established themselves in the neighboring villages, together with their co-religionists of Piacenza. There, in 1570, they were ordered to wear the yellow badge, and after a few months, through the exertions of Bishop Paul of Arezzo, they were finally expelled. Jewish communities were then organized at Borgo San Domenico, Busseto, Colorno, Cortemaggiore, Firenzuola, and Monticelli. But few Jews remained in Parma. Those who were left were not allowed to acquire real estate, but were permitted to enter any profession on the payment of an annual tax of 15,000 lira.

In 1749, by order of Filippo Farnese l’Anelli, governor of Parma, the towns of Borgo San Domenico and Busseto forbade the Jews of the neighboring villages who went to Parma for purposes of traffic to remain longer than twenty-four hours. For a stay of eight days a special license from the governor was required; for a longer time a permit had to be obtained from the general auditor. The law relating to the Parmesan merchants, confirmed by Filippo Farnese on May 19, 1751, forbade the Jews to enter into contracts or agreements. On three occasions, in 1714, 1753, and 1762, ordinances were passed to the effect that the Jews should not be mocked or derided during the carnival, or molested while holding their funeral services.

During the French occupation, Moreau de SaintMéry gave the Parmesan Jews equal rights with other citizens, and placed the Jewish community in the status of a separate corporation as far as regarded religion (July 12, 1803). After the restoration, in 1815, Maria Louisa, wife of Napoleon I and sovereign duchess of Parma, maintained the existing conditions and allowed the Jews of the surrounding villages to settle again in Parma. On March 27, 1823, an enactment was passed granting the Jews five years in which to pay to the government the special tax which had been imposed upon them at the time of oppression. By a decree of Aug. 14, 1816, the rabbi was directed to keep the municipal registers. On Nov. 18, 1819, it was decreed that the funerals of Jews should take place privately and without any outward pomp or ceremony.

On May 23, 1835, the question of admitting foreign Jews to commercial privileges in the duchy was submitted to the chamber of commerce. The dukes of Bourbon, who succeeded Maria Louisa, took no further proceedings against the Jews, who, in 1859, were finally emancipated and made citizens of the kingdom of Italy. The population of Parma is 49,370, and includes 212 Jews (1901). 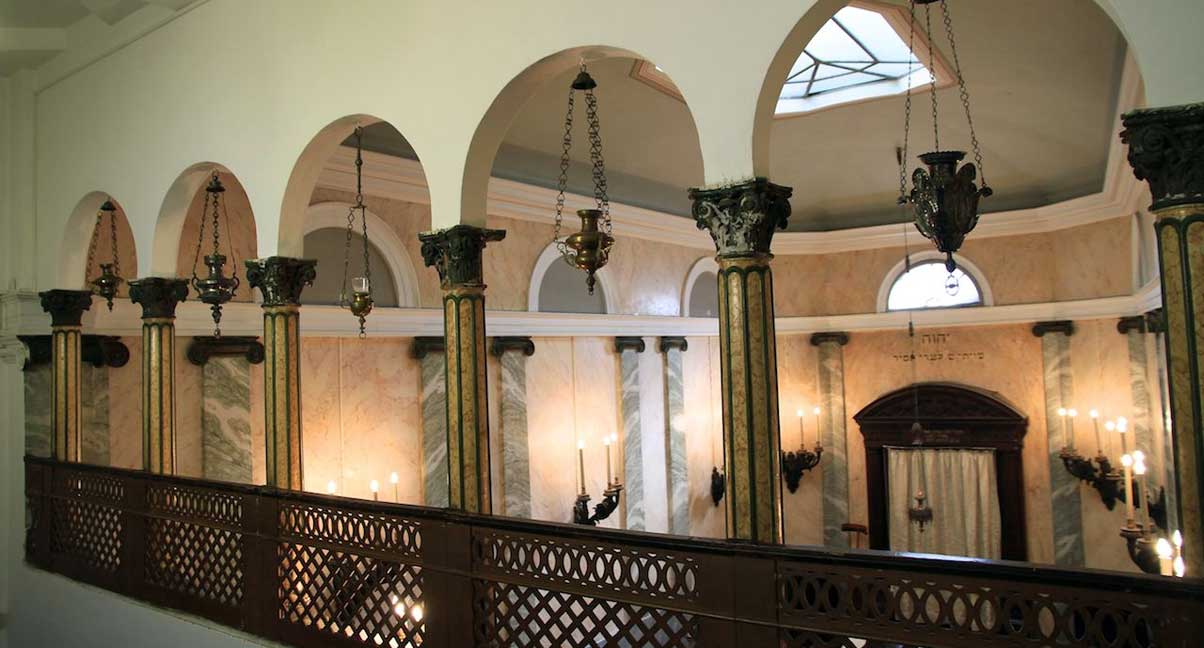