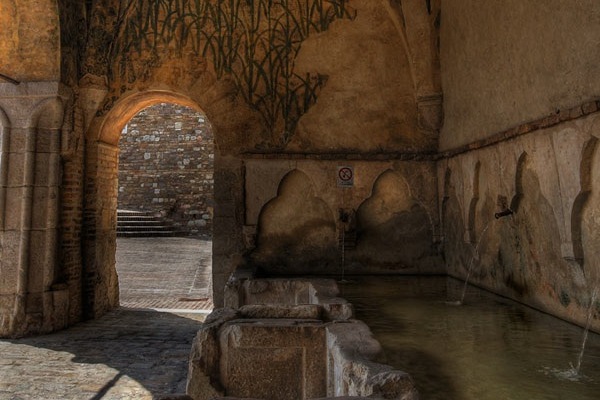 There were Jews living in San Severino since the end of the thirteenth century. Surviving thirteenth century documents refer to an ancient and now lost municipal status regulating relations with the Jews. These were granted the freedom of religious practices and protection from assaults and thefts. Jews were involved in activities ranging from money lending to the trade of agricultural products and livestock, as well as leather processing. They were also allowed to practice medicine.

There is mention of a certain Alleunzio di Salomone of Arezzo, whose home housed the synagogue, later moved elsewhere when the property was sold.

In 1470, anti-Jewish sermons by Fratti Minori advocated for the establishment of a Jewish pawnshop, which failed to take off. In 1555, a ghetto was established in the San Lorenzo district, in the area between what are now the church of San Rocco and the Cathedral. The papal bull of 1569 expelled the Jews from San Severino, leaving them the option to return for fairs and markets until 1714, when the bishop of the city denied them even that last privilege.