The first written mention of a Jewish presence in Trieste is in the 14th century. After this tiny village came under Austrian protection in 1382, German Jews settled there, engaging in moneylending, banking and trade. In 1697, Trieste’s 60 Jews were forced to live in a ghetto. 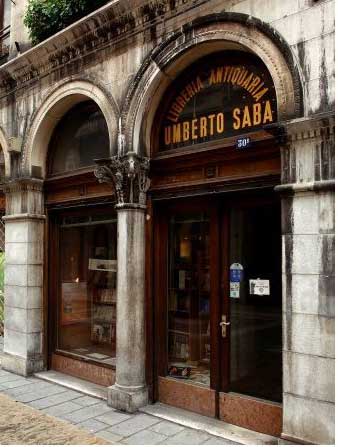 To create a mercantile empire, the Hapsburg rulers declared Trieste a free port in 1719. Jews, including some from Corfu, came to trade there. The 1782 Edict of Tolerance issued by Emperor Joseph II provided freedom of worship and lifted other restrictions, and in 1785 the ghetto gates came down. By 1788, 670 Jews lived in Trieste, and the number grew steadily to nearly 6,000 in 1938. The city had four synagogues, two of them Sefardic, in addition to the great synagogue—the Israelite Temple—built in 1912.

Around the turn of the century in Trieste, then a cosmopolitan port city where many languages were spoken, Jews were involved in a cultural revolution of sorts. Edoardo Weiss introduced psychoanalysis to Italy, and his Jewish-born literary friends, Italo Svevo and Umberto Saba, helped spread the word. James Joyce, who lived in Trieste from 1904 to 1915, became a close friend of Svevo and based the character of Leopold Bloom in Ulysses largely on him. Jewish artists, too, became prominent.

Jews were also involved in high finance and the establishment of the major insurance companies in Trieste, especially Assicurazioni Generali.

But growing anti-Semitism in the Austro-Hungarian Empire moved some Jews to join the nationalist Italian Irredentist movement, which aimed to unite all ethnically Italian people and to reclaim from the empire Trieste, Gorizia and Gradisca. In 1919, the Treaty of Versailles satisfied most of these claims, but Trieste lost its economic importance.

Both before and after World War II, Jews had made the port a gateway for immigration to Palestine—so much so that Trieste was dubbed the Gateway to Zion. But with the rise of Nazism and the concomitant increase in the number of Central European Jews seeking to escape through Trieste, local Jews’ allegiance to Italy came under suspicion.

By the early 20th century, many Jews had converted to Catholicism, several because they married Catholics. Under Fascism, a significant number of Jews tried to remove their names from the Jewish registry, some, again, through conversion. In 1938, Italy enacted racial laws barring Jews from schools and employment. In 1942, Jews were forced to perform slave labor. Many used the emigration networks they had established to reach Palestine.

From October 1943, when only 2,300 Jews remained in the city, Nazi attacks began. A large number of Jews were taken to Risiera di San Sabba, the only concentration camp in Italy, on the outskirts of Trieste. Some were killed there; 710 were deported to other concentration camps. Only 20 Jews returned.