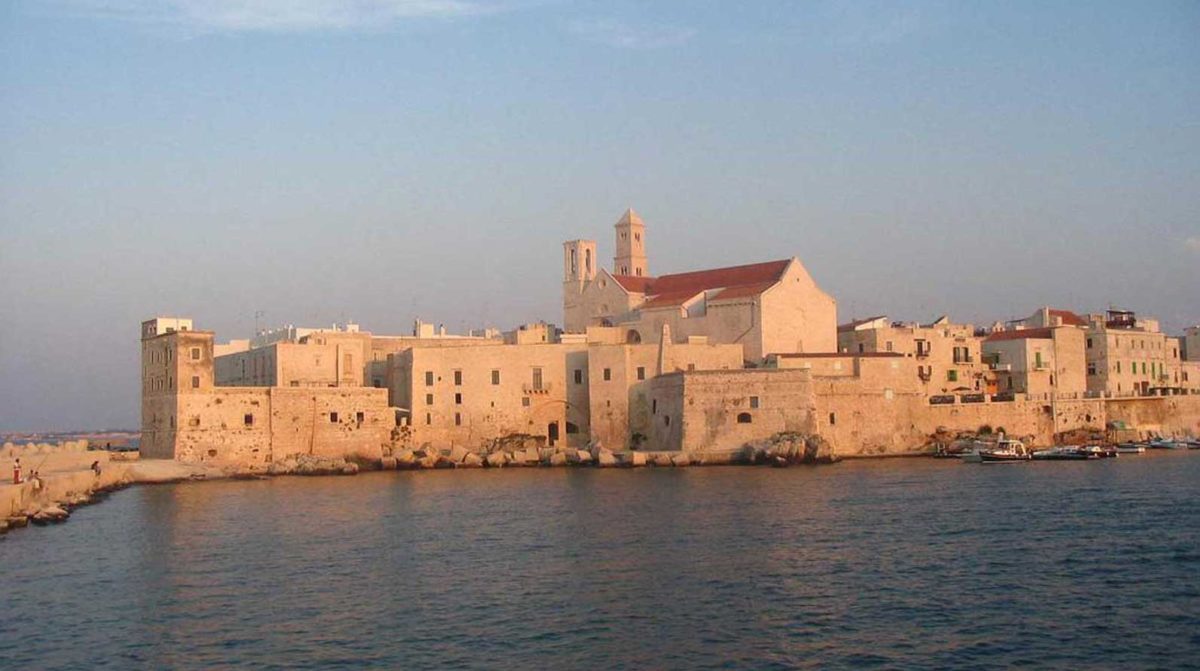 In Trani when they studied Talmud. -Isiah ben Mali, one of the great Talmudic scholars of all time was born in Trani-. By Oreste Spagnuolo, Italy,

In 12th-century Europe, among Jewish scholars who were often held in high esteem by the monarchs, the following saying was popular, “The Law comes from Bari and the Word of God from Otranto.” This is a word of praise indeed considering that it paraphrases a verse of the Bible pronounced by the prophet Isaiah, “From Zion will come the Law and from Jerusalem the Word of God.”

Famous centers for the study of Judaism existed in Puglia in the 9th century, and the two most important ones were founded in the above-mentioned cities. But there were also other flourishing schools, such as the one in Trani which produced scholars such as Isaiah ben Mali, still considered of primary importance for the story of Judaism.

Long before the 10th century, Puglia’s Jewish communities already had close relations with those in the Middle East, Egypt and North Africa. These cultural exchanges led to a rebirth of the Hebrew language and to great cultural development that permitted outstanding personalities to emerge. In the 10th century, Donnolo Shabbetai, a doctor and philosopher from the town of Oria, in Puglia, another important center of Jewish studies in medieval times, wrote books which show his knowledge of the ancient texts of astrology, philosophy and religion by Greek, Arab, Babylonian and Indian authors. Above all, in his works, he clearly distinguished religion from science, and pointed out the common grounds of Jewish and non-Jewish authors.

First Bari, then Otranto and lastly Trani became centers for the study of the Bible, as well as of the Mishnah (laws and ritual) and the Talmud (the official normative tradition). The Mishnah, the oral tradition set into writing in the 2nd century A.D., is a collection of traditions and civil and religious precepts which grew from study of the Biblical text. It consists of sixty-three treatises with comments from the schools of Jerusalem and Babylon. The two schools respectively produced the Talmud (a collection of treatises and comments) of Jerusalem (4th-5th century) and the Talmud of Babylon (6th-7th century).

The study of the Talmud of Babylon prevailed in southern Italy, and in particular among the Jewish communities in Puglia. This led to the publishing of important books on rules and rituals and on liturgical verses. Moses ben Eliah, who lived in the 9th century, turned the verses of the Bible into lyrics. Puglia was also an important center for the transcription of ancient texts. In the Library of Parma is a Jewish manuscript of the 11th century with footnotes in the archaic Salentine dialect, which also dates back to the 11th century.

In the Middle Ages the town of Trani was a flourishing center of Judaism. The only two synagogues from that period that have survived to the present have been transformed into churches. This is where Isaiah ben Mali, better known as Isaiah of Trani, was born. He was the most outstanding Italian Talmudist of his times and one of the greatest of all times. In 1160 two hundred Jewish families lived in the city. This settlement is said to have been established after Islamic persecutions of the Jews in Spain forced them to flee. At the same time, pilgrims on their way to Jerusalem departed from Trani’s harbor.In the times of Frederick II, the Jews had established a Jewish quarter in the heart of today’s ancient city. This district has preserved up to the present almost the entire architectural landscape of that period. The former synagogues, which were recently restored, are open to visitors and are Santa Maria di Scola Nova and Sant’Anna Church. There originally were four synagogues. The third one, today the church of Saint Leonard, lost most of its original features during repeated restorations.

The great Frederick II, in line with his good neighbor policy toward the Church, had granted the Jews of Trani special protection and privileges. The Jews were the exclusive owners of dry-cleaning shops and the only ones allowed to trade raw silk. He also ruled that only Jews could lend money and collect interest, since the laws of the Church forbade Christians to do so. The interest rate could not exceed ten percent. This limit was in keeping with the ruling of the Fourth Lateran Council of 1215 that the Church was to limit the “evil” of the Jews. According to the Council, the Jews lacked respect for the ecclesiastical laws and thus would strip Christians of all their riches. In reality, those responsible for depleting the wealth of the kingdom through loans with enormous interest rates were the Tuscan, Lombard, and Genovese bankers – all of whom were Christian.

Isaiah ben Mali was born in Trani in 1180. He was called “the elder” to distinguish him from his grandson, Isaiah Ben Eliah, “the younger.” Isaiah ben Mali became a well-known scholar and moved to Venice where he became the city’s first rabbi. He wrote comments to almost the entire Talmud, facing and discussing with clarity and lucidity the most difficult issues, with the same severe critical spirit he applied to renowned authors. He is also the author of some of the comments to the Bible which are still authoritative texts of Hebrew exegesis. His grandson, Isaiah ben Eliah, was also an outstanding Talmudic scholar, a biblical exegete and a liturgical poet. His Pircke Halakot (normative rules) compose the first ritual code written in Italy.

Forty years after the death of Frederick II, after southern Italy had fallen to the French Angevin dynasty, Judaism in Puglia was slowly coming to an end. In Trani, some three hundred Jews were forced to convert and their synagogues were made into Romanesque style churches, like Trani’s medieval buildings. The most beautiful was initially dedicated to San Quirico and Giovita and then to Sant’Anna. The neophytes-as the converted Jews were called -made sure that a marble plate bearing the date of its foundation in Hebrew was put up on one of the synagogue’s walls. Today this inscription is in the vestry of the church of San Giovanni Battista.

It was Frederick II, in the year 5007 of the Creation, which corresponds to 1247 of the Christian era, who granted the Jews of Trani permission to build the new temple. The ecclesiastic authorities tried in vain to oppose this. The Jews of Trani must have been grateful to the enlightened sovereign, and probably the poetic dedication “to him who lives in the splendid heavens” inscribed on the marble plate, is also dedicated to him. 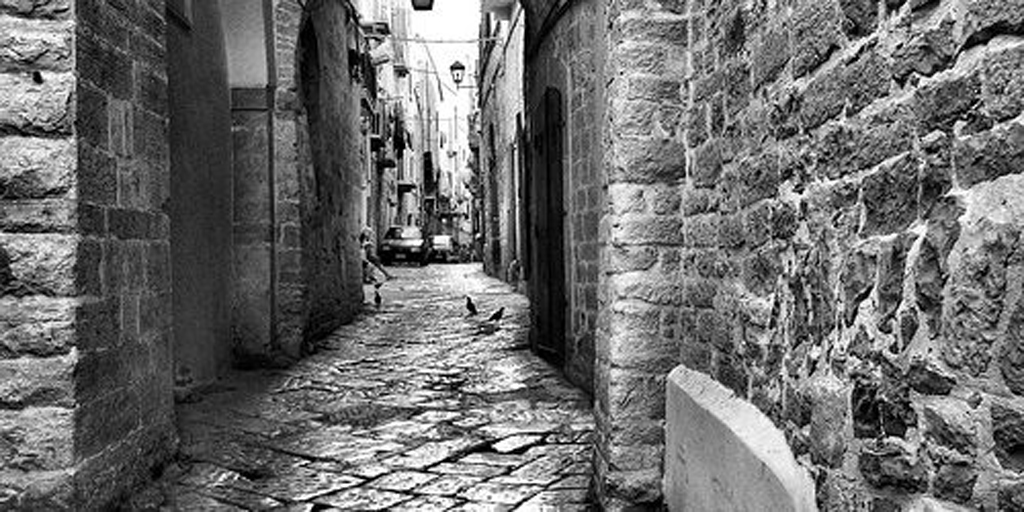 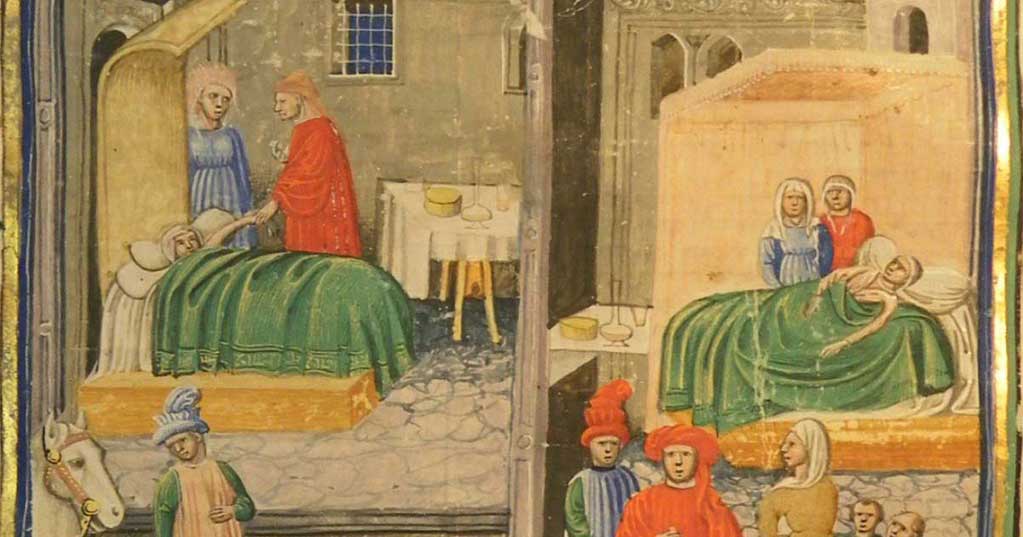