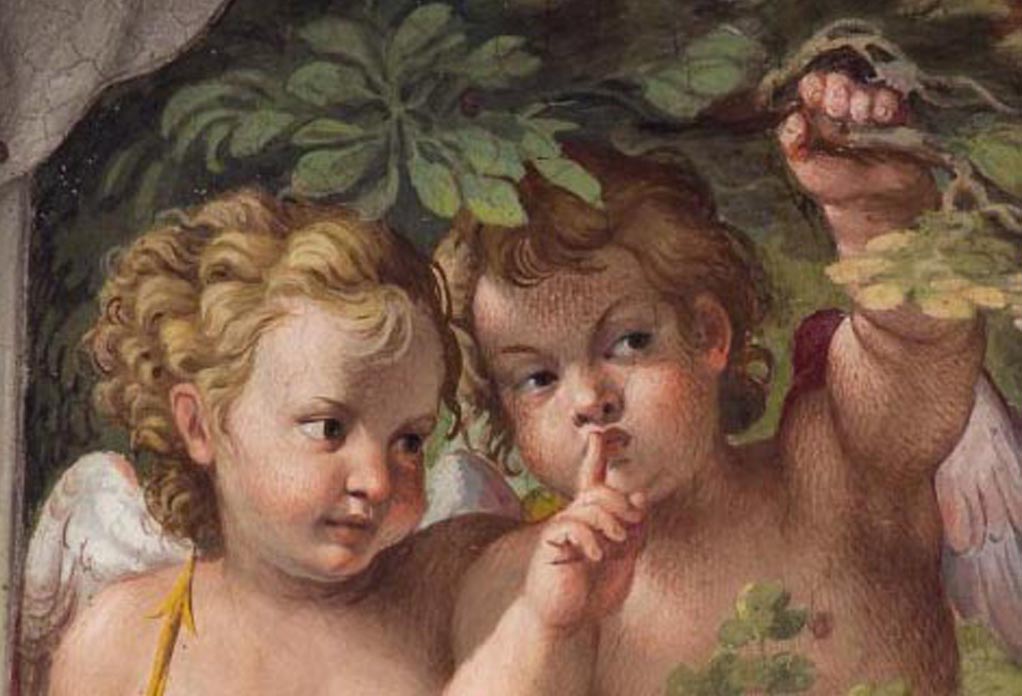 Some Italian wines champion the finest artisanal tradition and offer little-known historical perspective on kashruth. Among these, the only all-kosher Italian winery, La Macie offers its exceptional Chianti “Terre di Seta” and Sentieri Ebraici distributes in New York a full line of sweet and dry Kosher wines. We have asked Rabbi Umberto Piperno to talk about wine making, Italy and kashruth.

Rabbi Umberto Piperno comes from a family of Roman and Sephardic descent, and he resides in New York with his wife and three children. He conducts the Beth Aharon Congregation’s Sephardic Italian minyan at the Hebrew Institute of Riverdale, and often brings an Italian touch to holiday celebrations around town.

Rabbi Piperno is ordained by the Rome Italian Rabbinical College (1983) and Yeshiva University (2010). He is also an expert gourmet and an exceptional connoisseur of Italian food and wine.

Following his curiosity in food history and a trajectory of tastes has led Piperno to reconstruct traditional food craft in the most remote regions of Italy. He has studied the best applications of the laws of kashruth in the production of fine food.

While the most arduous rules may appear self evident when explained by Rabbi Piperno with his cheerful disposition, he will not put up with any dogmatic simplification of the law: ultimately, rule resides in the eye of the beholder and the knowledge of the observer, all else is mystery to make the practice worthwhile.

CPL:  As a rabbi overseeing the production of wine, you have at your disposal an enologist’s knowledge and a passion for good food. How does this affect the results?

RUP: The difference is in the product. Today in Italy and Israel many wine producers draw on different systems of knowledge, making them work together. The art of food and kashruth (literally “suitable” or “correct”) must emerge from conversation, not a power struggle. Our challenge is to weave the two perspectives together, while maintaining the rules of the game, and without bending to opportunity.

CPL:  Are there cases in which the two systems are irreconcilable?

RUP: Take for example the mevushal* (literally “cooked” or “boiled”) factor. According to this law, which was established to prevent the idolatrous use of wine, the wine is boiled and sweetened with sugar at some point of the vinification. This temperature shock makes the wine unchangeable, and therefore no longer “real” wine.

CPL: Are you saying that a mevushal wine cannot age?

RUP: Exactly, it always remains the same. Depending on the point when the boiling occurs, its quality might be slightly altered. A great part of mevushal wines produced for mass consumption, are boiled at the beginning the process, practically with the must (“new wine” or grape juice). More sophisticated mevushal wines are boiled towards the end, when some degree of natural fermentation has already occurred. Either way, once the wine is boiled it is no longer appropriate for idolatrous use, simply because it is now another drink and no longer wine. Therefore, non-Jews are allowed to handle it.

CPL:  Is this drink that is not wine suitable for kiddush?

RUP: In Shulchan Aruch, this is an open-ended discussion that looks at both sides. It may seem a paradox but for Maimonides it would be preferable not to use mevushal wine for the kiddush, and even less so for the Passover Seder. The four glasses of Seder wine must be filled with “live” wine. It makes no sense to say “Le’Chaim” with dead wine. If live wine is not available, or is of poor quality, the question arises whether or not to maintain this portion of the ritual.

CPL:  You mentioned that there are different qualities of mevushal wine…

RUP: Artisanal wine is boiled with a technique that is less damaging. The difference is mainly economic. When boiling the must, the first element of vinification, all that is needed is one mashgiach (religious supervisor) to oversee it for 15 days. Then the fermentation is activated artificially with sugar (the so called “concentrated rectified must”). Regular wine technicians can do the rest of the work. If the boiling is done after the natural fermentation and right before being bottled, an entire team of observant Jews is needed, over the course of 90 days, to handle the wine. In this case, especially if the temperature is immediately lowered after the thermal shock, the wine maintains many layers and flavors, although it no longer ages after that.

CPL: In America today, it seems a non-mevushal wine can only have very limited distribution.

RUP: In a large community where services are handled more often than not by non-Jews, the use of mevushal wine is understandable. However, it is also important to understand that mevushal wine differs from ordinary wine, like organic Himalayan tea differs from instant tea powder. These simplifications of knowledge, impressed on us by popular society, affect the quality of what we eat and drink, and therefore of our life.

CPL: How far back does the practice of making mevushal wine go?

RUP: The idea of “cooked wine” is already in the Mishna in relation to the prohibition of idolatry. We do not know extent of this law, as it has not been applied consistently over time. On the other hand, the use of cooked wine with honey and cinnamon as a digestive is documented among the Italian Jews since the Middle Ages, and in some form during Roman times.

CPL: Italian Jews have often been at the center of controversies over wine. It is said that Rabbi Leon Da Modena (1571–1648) accepted the use of regular wine in the absence of idolatry.

RUP: Not exactly, in his book The Customs of the Jews Leon da Modena simply offers a testimony to the practice of drinking regular wine (setàm jenàm or, non-kosher wine) that was generally accepted among Italian Jews. In 1573, several rabbis signed a decree against the Venetian Jews. Of course there have always been internal differences, but we can say this was true until the Second World War.

The controversy went on for centuries and involved rabbis from Safed, Prague, Damasco, Constantinopoli, and Salonica. Prominent Italian rabbis of different periods maintained that the use of setàm jenàm was permissible. According to 16th century Rabbi Avtalion Di Consiglio, the practice was so ingrained among Italian Jews, and with no evident consequences, that it was considered to have overridden the rule. The strength of Di Consiglio’s argument is shown by this response of Rabbi Shemuel Aboaf:  “10 measures of apostasy were given to the creation: nine went to the Jews of Italy and one to the rest of the Diaspora.”  In fact, these ideas and the safeguarding of independence for local communities were widespread.

CPL: In the old days wine was produced locally within small communities. Today it is imported and exported all over the world. Who decides whether a given wine is kosher or mevushal?

RUP: In Judaism there is a general principle of credibility and being Shomer Shabbat (observant of the Sabath) is one of the determining elements. Therefore, the judgment of people with credibility should assure that a wine is kosher.

In modern societies, especially when a wine is imported, institutions exist to guarantee foreign certifications that cannot be based on the honor system. In the US we have the Orthodox Union and Star K. Generally they send an agent to the winery in question to guarantee that the local rabbi is trustworthy. This can go on for several consecutive years, and sometimes a relationship is established with the local rabbi who no longer needs supervision.

CPL: Does this affect costs?

RUP: When Rabbi Elio Toaff arrived in Rome in 1951, he asked to have wine for his household. The shamash went to the local “osteria” bought wine and brought it to Rabbi Toaff. Surprised, Toaff asked whether there was a kosher winery in town. He was told that everybody bought from the “osteria,” even for kiddush at “Tempio” (as Roman Jews call the synagogue).

Rabbi Toaff decided to build a small local operation to make kosher wine in Rome. He brought Elio Polacco from Venice and, with a group of people from the “Tempio Spagnolo” (the Spanish synagogue), organized a small “winery” that provided kosher wine to the community. Polacco was a pious and very knowledgeable man whose dedication was contagious for many of us.

CPL: You have participated in creating several artisanal kosher wineries in Italy. What do they offer to the American market?

RUP: A connoisseurs’ wine. We try to make wine the same way Jews produced it in Piedmont, Tuscany, or Marche in 1500. It is a live wine with a full range of organolectic properties. The public here is mostly educated in the taste of a sweetened low-alcohol beverage commercialized as wine, even though it is not. Like with other gourmet foods, people must be given of the opportunity to expand their horizons.

CPL: How would you imagine an American world that accepted mevushal wine?

RUP: It is difficult to say. A good artisanal kosher wine probably has familial use among people who understand wine. Institutional use or distribution to restaurants implies a change of attitude on many levels. As things stand now, it would be difficult to imagine a bottle of mevushal wine served closed with a tire-bouchon (corkscrew), as in Italy and elsewhere. This would require conscious social change, and a deeper knowledge of the matter on all societal levels. For instance, in Rome, the Jewish school used to teach how to salt meat because many families did it at home. Hundred years ago Jewish women in Piedmont killed and prepared geese like the shochet. They even had diplomas.

Today this freedom would not be possible because lack of knowledge creates a culture of suspicion and drives everything to a minimum common denominator. Among some Sephardim and Yemenite, traditions are still handed down from parents to children. But these are isolated cases.
CPL: Where is the niche then?

RUP: In education: in changing the standards of what we eat and drink, as well as in not demonizing wine but, rather, considering it a marvelous accompaniment to good food.

CPL: How many Italian kosher wines are available to the US public?

RUP: There are about 70 wines from all regions. Of these only 10 are artisanal wines and they are not mevushal.

CPL: Depending on the culture, wine has always been an object of desire or prohibition. How would you define its place in Judaism?

RUP: Wine brings knowledge and oblivion, and the two are inseparable.

This interview was conducted in Italian and edited by Alex Forman.

Because of wine’s special role in many non-Jewish religions, the kashrut laws specify that wine cannot be considered kosher if it might have been used for idolatry. These laws include Yayin Nesekh-wine that has been poured to an idol; Stam Yainom-wine that has been touched by someone who believes in idolatry or produced by non-Jews. When kosher wine is yayin mevushal (“cooked” or “boiled”), it becomes unfit for idolatrous use and will keep the status of kosher wine even if subsequently touched by an idolater (source: Wikipedia). 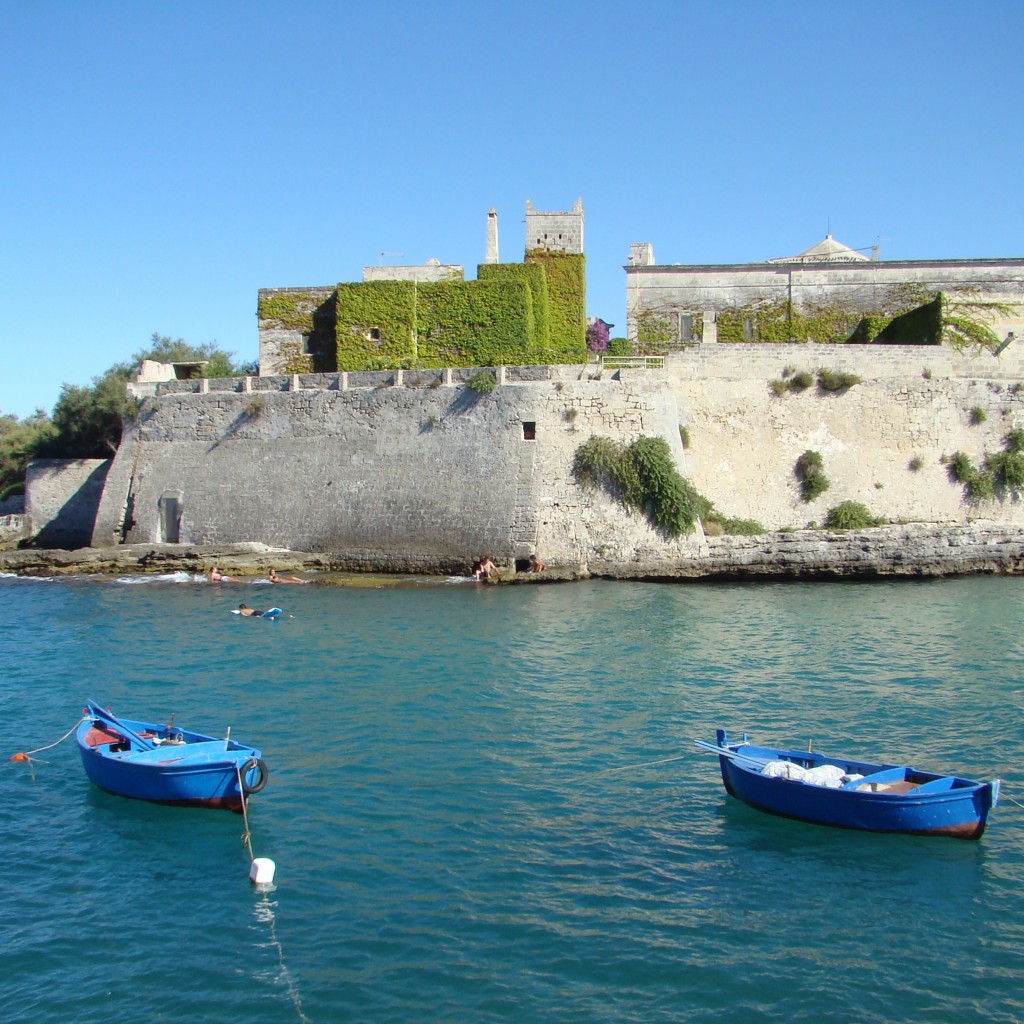 Puglia: A Land of Jewish Arrivals and Departures