The Jewish presence in Tolentino dates from the early 1300s and is tied to the trade fairs held in the city for the feast of St. Catervo, and later to those for St. Thomas and St. Nicholas. Jews were welcome at the fairs because of the goods they brought, particularly the silks, wool and leather they brought from the East. They were also involved in money lending, as the town was in dire need of cash. 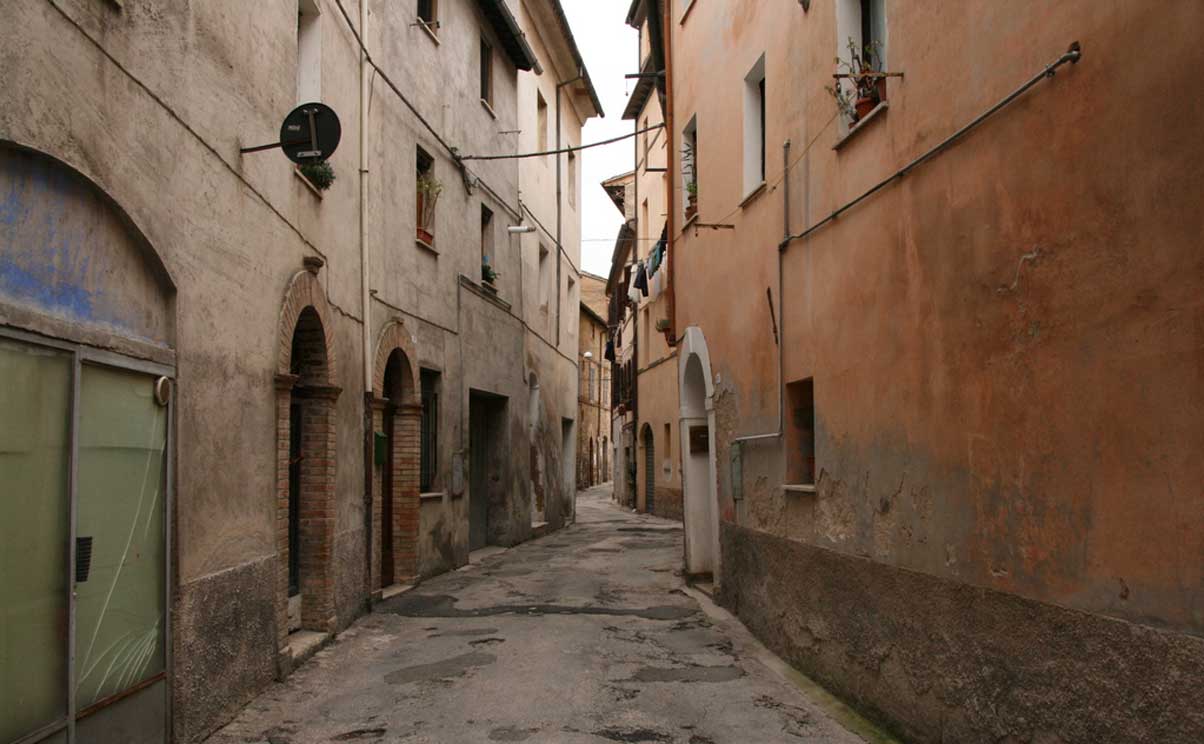 Initially an intermittent presence tied to fairs, the Jewish community became stable as many Jews were employed as goldsmiths. Even today jewelry shops line the streets of the former Jewish quarter, extending from Via San Nicola to Porta del Ponte. In 1569, Pope Sixtus V expelled the Jews from the town. Tolentino remains as a common Jewish last name in the region.